In Ganci’s innovative and highly praised novel, book lovers find themselves in the very midst of ancient conflicts, only to be swept away with an entirely fresh perspective on mystical teachings found in scripture – now living lessons – filled with action and adventure. 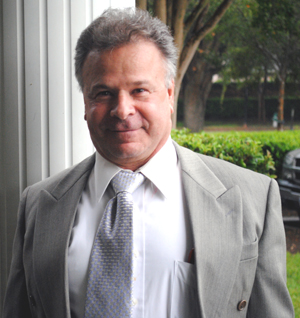 Regarding the possibility of modern-day revelation, there are but two conflicting schools of thought. Catholics and Protestants hold that no modern-day revelations are possible. The Jewish faith, along with the Quakers, the Pentecostals, Charismatics and Latter-day Saints hold fast to the opposing opinion, trusting that modern-day revelation is a certainty. The arguments have been going on for centuries. Both groups remain grounded in their deeply rooted positions.

So, did God give men everything they needed to know such a long time ago? Or does revelation and the prophetic process continue into our modern day? It is a troublesome question, for both camps have millions of followers. But the question is not “Which BELIEF is correct?” The real question is instead, “What is TRUE, and what is God’s will?”

Joseph Ganci, the award-winning author of ‘Gideon The Sound And the Glory,’ believes that Old Testament revelations are the Word of God. At the same time, that many needful details remained buried until the information age of discovery made them obvious and visible to the naked eye. These insights create a middle ground of understanding. As a dedicated and highly motivated researcher, he proposes there are many undiscovered nuggets of spiritual gold in the original manuscripts. Shining a new light on ancient texts and removing the black or white argument of the all-or-nothing question of modern-day revelations. Untangling the philosophical and theological human-made knots. And it gives us an opportunity to take a fresh look at what some consider to be traditional forgone conclusions.

“My goal was to make Gideon come alive, now and for all time,” Ganci stated. “To accomplish this feat, it had to be entertaining, inspiring, and enlightening. Mysteries long since hidden came alive, line upon line, precept upon precept, here a little and there a little, until ancient puzzle pieces began to fit together. It was like going to the top of a mountain every day where no one had ever gone before. The more I pressed on to the rocky summit more and more was uncovered. Eventually, the work was accompanied by visions and dreams. Scripture study was essential as my understanding kept expanding. Serendipity and synchronicity went beyond normal coincidence. Seemingly unrelated incidents became timely in the opening of new horizons and in the very moment when required. The commentaries of noted scholars were made available and I could cherry pick the wisdom of the ages. Gideon’s saga is about unsung heroes and murderous villains that leap to life and blaze onto the pages of revelation. I press to give this work wings, but my timing and God’s timing does not always agree. This work is a classic and will remain so through future generations. This work was 101% collaboration with God. God did 101%, and I did all the rest. I have dedicated the novel to God, and by doing so, it remains a labor of love.”

Readers of ‘Gideon The Sound And The Glory’ will learn about the Jewish Tabernacle, the Ark of the Covenant, the mysterious Golden Ephod, how, and why, David found himself at his battle with Goliath, and much, much more. This work illuminates the dark corners of scripture while engaging readers in a gripping narrative.

Joseph Ganci was recently chosen as one of ’50 Great Writers You Should Be Reading’ in the 2017 Book Awards. ‘Gideon: The Sound and the Glory’ has received rave reviews from readers and reviewers alike. A recent reviewer stated, “Joseph Ganci’s prose is arresting, peppered with fantastic imagery and succinct descriptions of plot, characters, and setting. The themes are masterfully created, and they are woven into the story in a way that allows the reader to enjoy both the inspiration the story offers and the accompanying action. The book explores powerful spiritual and political themes, capturing the conflicts and the dynamics of life within the community of God’s chosen people. Gideon: The Sound and the Glory will appeal to fans of political thrillers, adventure, and conflict-driven stories laced with intense action.” Other reviewers have used phrases such as “riveting,” “amazing” “deftly crafted” and “highly recommended.”

Ganci has also announced he will make his book available as a fundraising tool for like-minded associations and charities. Donors can receive an eBook version of ‘Gideon’ in exchange for a donation to a worthy cause. For more details, contact Joseph via email.