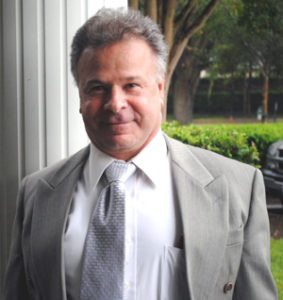 Joseph made his arrival at Beth-Israel Hospital, or ‘The House of God’ found in Brooklyn. Joseph is a firstborn, and so, is dedicated to God by the laws of Zion. He is the son of a Joseph and a loving mother named Rosemary. He is a Levite and a high priest and remains a passionate Italian.

He came to age, racing across the Robert Moses Causeway to the outer banks of Fire Island. Joseph was most at home in the frigid chill of the wild North Atlantic.

Joseph accepted the call from Lyndon B. Johnson and was ordered to report for combat in the Vietnam conflict. Man-to-man combat is where he had experienced a baptism by fire and had been chastened by the struggle.

The G.I. Bill provided him with a seat at the coveted Honor Society’s banquet table of higher education.

Joseph lives alone in the Lone Star state. Joseph fathered five daughters, three of whom are still alive. He has five grandchildren that are the gems found in an old man's crown.

The Bible to him is like reading the Daily News as it is vivid and alive and provides deep wells of knowledge and practical applications of simple understandings.

Moreover, this is where the grist from this novel finds common ground through his endless rounds of scripture study. For the laborer is worthy of his hire and the eyes of his understanding have been opened by a loving God.

Lest we forget, a thousand years hence - the anthropologists will conclude that our society communed with an all-knowing oracle named Google.